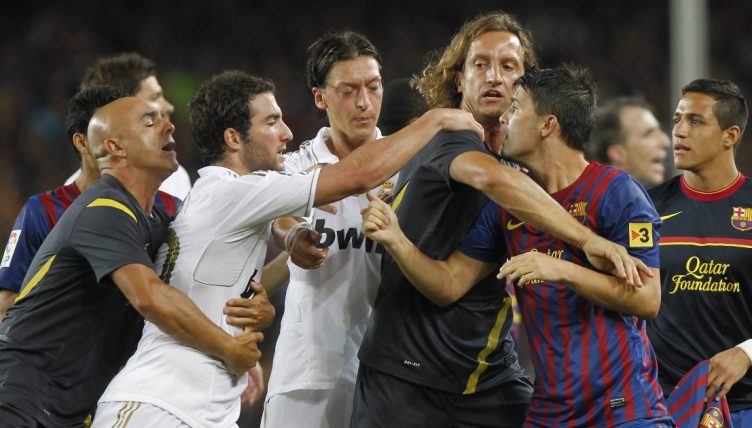 Rivalries don’t come much bigger than Real Madrid and Barcelona and their animosity for one another arguably peaked with the Spanish Super Cup in 2011.

Pep Guardiola’s Barcelona had won their third successive La Liga title the year before, whilst also knocking Jose Mourinho’s Real Madrid out of the Champions League in the semi-finals.

But Los Blancos did have something to cheer, winning their first silverware in three years thanks to a Cristiano Ronaldo header and a 1-0 win in the 2011 Copa del Rey. The cup victory ensured a Clasico rematch in the Spanish Super Cup to kick off the 2011-12 season.

Two-legged back then, Guardiola’s men came away from the Bernabeu with a 2-2 draw. What we want you to do is name their line-up from the second leg at the Camp Nou, a feisty 3-2 victory.

If this puts you in the mood for another challenge, why not have a go at naming Barcelona’s top scorers in La Liga since 2000.

The time from the office to beat is 01:06, and we’re expecting strong scores given that Barca’s XI that night was filled with iconic players in every position.