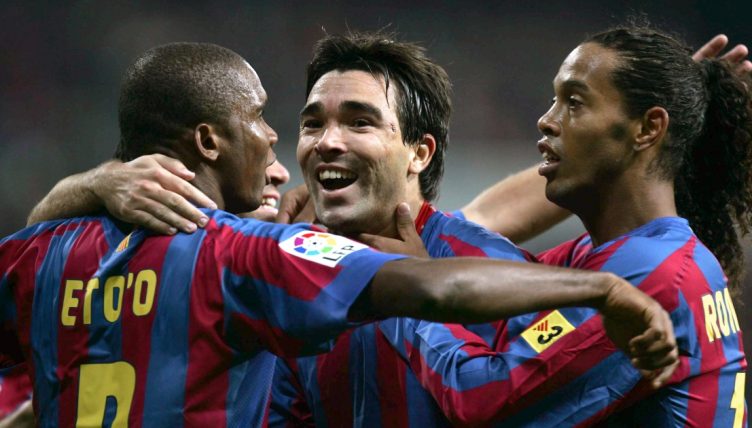 On 19 November, 2005, Barcelona embarrassed rivals Real Madrid with a comfortable 3-0 win at the Santiago Bernabeu.

Frank Rijkaard’s side took the lead in the 15th minute before their No.10 stole the show, scoring two goals in the second half and later receiving a standing ovation from the Madrid fans.

Barcelona went on to win La Liga and the Champions League at the end of the 2005-06 season, but we’re asking you to name Rijkaard’s Xl from that win over Madrid.

If you’re looking for another challenge after this, why not have a go at naming every player to play for Real Madrid and Barcelona since 1990?

You’ll need to sign up to Starting 11 below to play the quiz and completing it will also put you on our weekly Starting 11 leaderboard. You can access the leaderboard via the dropdown menu on the quiz below. The time from the office to beat is 02:31.

Can you name every player to score 5+ Champions League goals for Barcelona?