Can you name Chelsea’s last Xl before Abramovich took over? 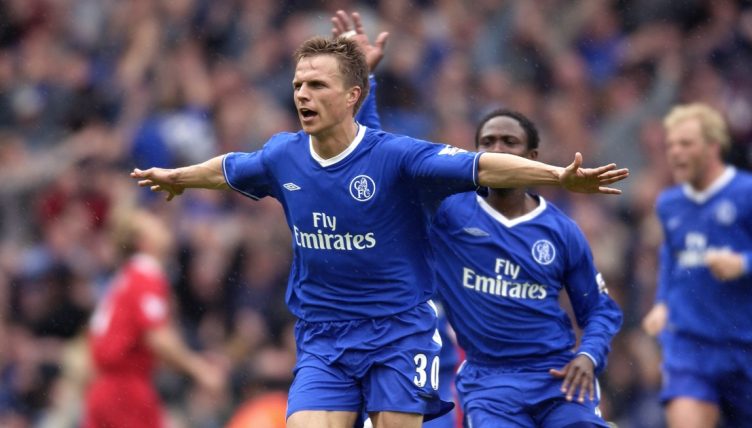 On May 23rd, 2003, Chelsea beat Liverpool 2-1 at Stamford Bridge in one of the most important games in the club’s history.

It was the final day of the 2002-03 season and Chelsea needed a point against Liverpool to qualify for the 2003-04 Champions League campaign.

But Liverpool were just one place behind Claudio Ranieri’s side and knew that a win at Stamford Bridge would see them take the fourth spot.

Liverpool even took the lead in the 11th minute when Sami Hyppia escaped his marker to head home Danny Murphy’s free-kick. But their lead lasted just over a minute as a Chelsea centre-back headed home the equaliser.

Chelsea’s comeback was complete when a Danish winger brushed off John-Arne Riise and curled a brilliant shot past Jerzy Dudek.

Gianfranco Zola came off the bench in the second half to make his final Chelsea appearance and even managed to embarrass Jamie Carragher with a brilliant piece of skill.

Steven Gerrard was shown a second yellow card in the closing stages and Chelsea held on for the win, securing their place in the top four.

After Chelsea beat Liverpool, they were bought by Roman Abramovich and then enjoyed an incredible era of success. But we’re asking you to name the Chelsea Xi from that win over Liverpool.

If this gives you a taste for another challenge, try to name Chelsea’s XI from the 2012 Champions League final against Bayern Munich?

The time to beat from the Planet Football office is 01:06.