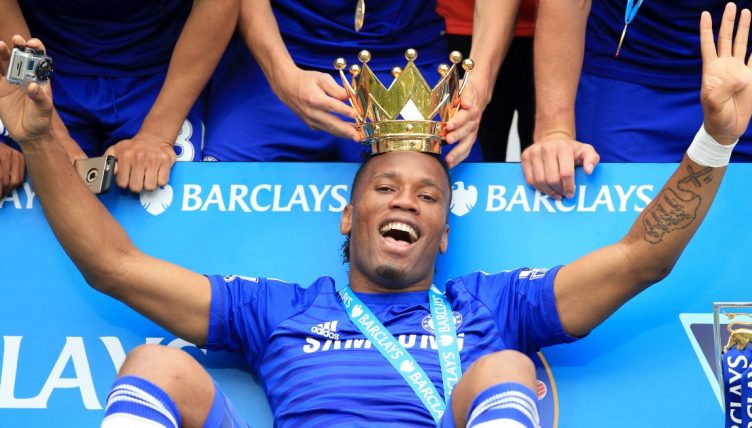 On July 20, 2004, Chelsea signed Didier Drogba in a statement-making £24million deal. The striker went on to become a club legend and received two perfect send-offs – but how well do you remember the second?

Having originally left his beloved Blues following the 2012 Champions League victory, Drogba returned as a free agent for the 2014-15 campaign, reuniting with Jose Mourinho.

He only played a peripheral role that year, but it ended with lifting a fourth Premier League title. He was handed a rare start on the final day, a 3-1 victory over Sunderland at Stamford Bridge, and was carried off the pitch by his team-mates following his substitution on the half-hour mark.

His replacement Diego Costa levelled things up from the penalty spot seven minutes after his introduction, while fellow substitute Loic Remy notched the second and third. We’re asking for the original starting XI, however.

If this gives you a taste for another challenge, why not try name Mourinho’s first competitive Chelsea XI from 2004 (Drogba’s debut)?

Good luck, and don’t forget to tweet us your scores @planetfutebol. The score from the office to beat is 9/11.