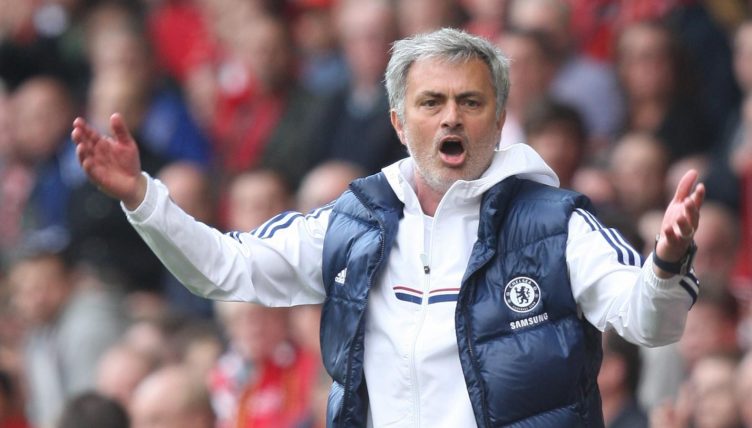 Chelsea’s 2-0 victory over Liverpool at Anfield in 2014 is best remembered for one moment in particular, but it wasn’t due to the actions of a player in a blue shirt.

Steven Gerrard’s agonising slip is now seen as the defining moment as the Liverpool icon missed out on his best chance to end the Reds’ title drought, which ultimately lasted another six years.

It’s also seen as one of Jose Mourinho’s most mischievous triumphs. Many expected a rampant Liverpool to roll over Mourinho’s injury-hit Chelsea, who had suffered a string of damaging defeats in their own title pursuit.

But Mourinho unleashed a masterclass of defensive resolve, shithousery and touchline theatrics that drove Anfield to distraction, especially as Chelsea escaped with all three points.

Asked by Sky Sports reporter Geoff Shreeves why the then-Chelsea boss why he had shouted “they wanted the clowns” when he ran down the tunnel at the final whistle, Mourinho’s reply was a classic.

He responded by sarcastically saying he had been speaking to someone about the circus, before refusing to answer Shreeves’ question about his tactics in the win.

“You have your pundits,” Mourinho said. “Jamie Redknapp is a brilliant football brain that can explain everything.” Genius.

But how well do you remember the Chelsea team that spoiled Liverpool’s party in the spring of 2014? The score to beat from the Planet Football office is 01:25, but we reckon there’ll be people that can beat our score with ease.

NEXT QUIZ: Can you name the Chelsea XI from Frank Lampard’s debut in 2001?