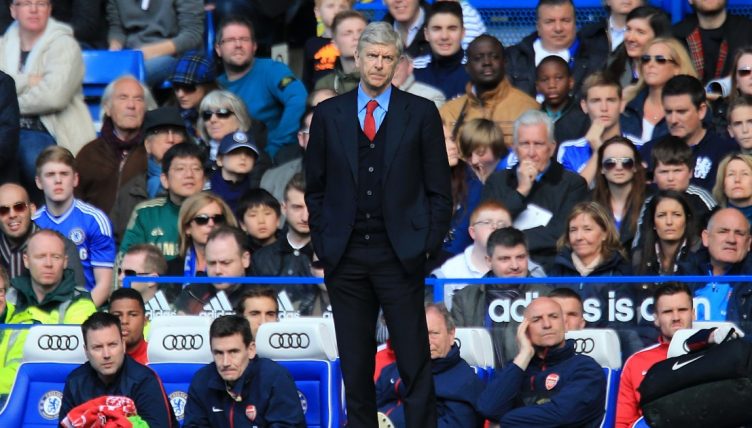 It’s over eight years since Arsene Wenger’s Arsenal rocked up to Stamford Bridge for his 1000th game in charge of the Gunners… only to get smacked 6-0 by Jose Mourinho’s Chelsea.

The result sparked the beginning of a wave of criticism that ultimately led to the legendary French manager departing the club four years later in 2018.

For Chelsea, it was the stand-out result of Mourinho’s first season back in charge before he led them to his third Premier League title the following campaign.

The match is infamous not just for the scoreline but also for the red card Arsenal were awarded during the match.

Alex Oxlade-Chamberlain should have been sent off for blocking a shot with his hands… but instead, referee Andre Marriner sent off Kieran Gibbs in a case of mistaken identity.

Wenger went on to describe the match as a “nightmare.”

“It was a nightmare and I take full responsibility for it,” he told reporters after the match.

“The players are deeply disappointed, as we all are.

“When you don’t turn up in a game of this stature – nobody takes that easily.”

But if it was a nightmare for Wenger, it was the opposite for his old rival Mourinho who characteristically took the moment to gloat.

“I am so happy with the approach,” he said.

But can you name the Chelsea XI Mourinho selected that day who destroyed Arsenal?

We’ve given you 10 minutes to do it, which should be more than enough given some of the legendary names who turned out in Blue that day, but can you remember the more obscure players who started? The score to beat from the Planet Football office is 00:59.

Once you’ve completed this quiz, why not try our challenge of naming Mourinho’s 30 most-used players throughout his career?

NEXT QUIZ: Can you name the 35 players with the most CL games for Chelsea?