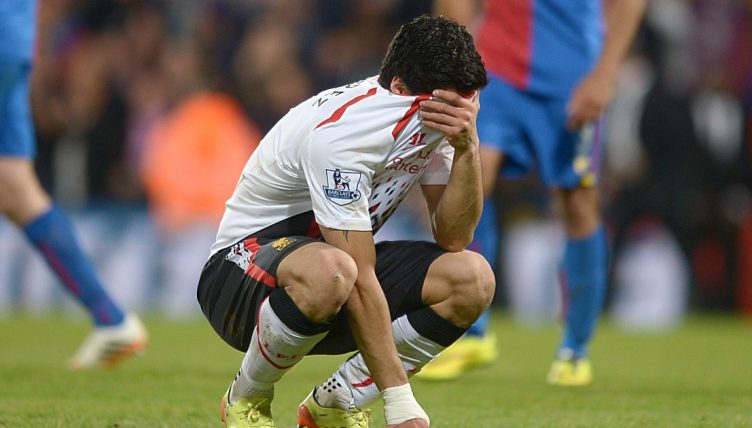 On May 5, 2014, Liverpool’s hopes of winning a first Premier League title were all but extinguished after they threw away a three-goal lead to draw 3-3 with Crystal Palace at Selhurst Park.

The night that has since been dubbed ‘Crystanbul’ is a firm favourite of Manchester City fans, as it put the title in their control, and neutrals, as it made Luis Suarez cry.

We’ve given you 10 minutes to name the 11 players that started for the Eagles that unforgettable night, as they shocked the Reds. The score from our office to beat is 5/11.

If you’re after another challenge after this, why not try naming every top goalscorer from every Premier League season?

Can you name the 20 defenders with the most assists in Prem history?