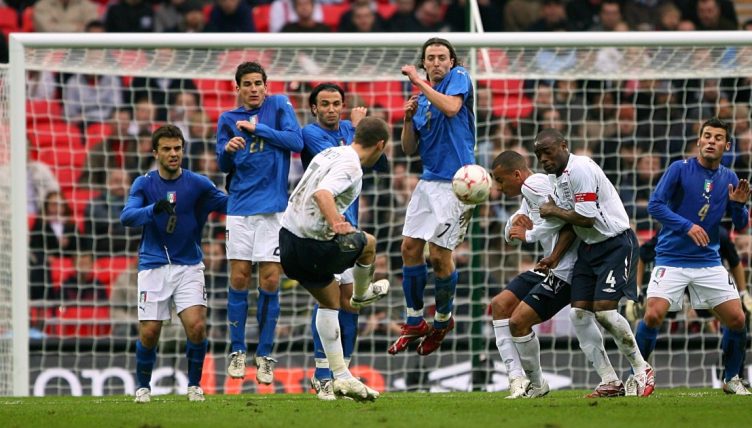 On March 24, 2007, England Under-21s played out an entertaining 3-3 draw with Italy Under-21s in the first game at the new Wembley Stadium.

Italy’s Giampaolo Pazzini opened the scoring after just 25 seconds and later became the first player to score a hat-trick at the ground.

The England side has three different goalscorers, with a number of players from this team making the step up to the senior squad in later years.

We want you to name every player in England Under-21s starting XI that day. If you’re struggling, sign up with Starting11 below to get access to hints. We were very pleased with ourselves to get 10/11, although we did have to use a couple of hints, missing only the right-back.

If this gives you a taste for another quiz, why not try naming the two England XIs from Wayne Rooney’s debut in 2003?