Can you name England’s XI from Fabio Capello’s final game in charge? 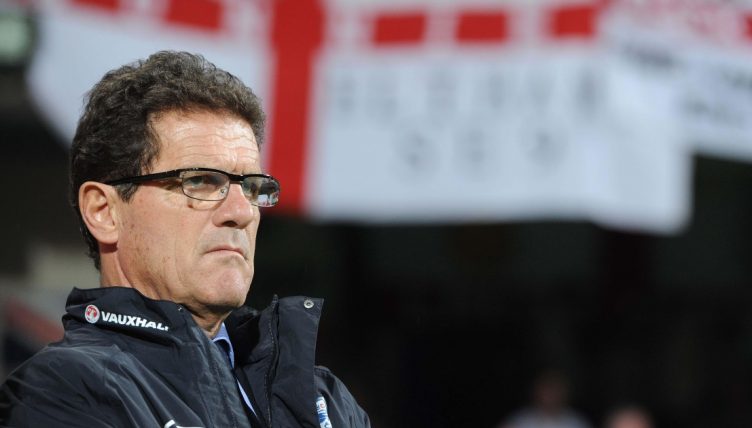 Fabio Capello’s reign as England manager came to an end with his resignation on February 8, 2012.

The Football Association’s decision to go over Capello’s head and strip John Terry of the captaincy led to the Italian quitting his £6million-a-year post.

Capello had told Italian TV that he “absolutely” disagreed with the action against Terry and that set him on a collision course with the FA. A parting of ways was the inevitable result.

The shock resignation brought to an end to Capello’s four years in charge of England – he had been due to step down after that summer’s European Championship.

And, in truth, Capello’s reign never recovered from the debacle at the 2010 World Cup. England had entered that tournament as one of the favourites but were deeply disappointing before being spanked by Germany in the last 16.

England did qualify for Euro 2012 under his management before beating Spain and Sweden in successive friendlies in November 2011.

We’re asking you to name the XI from Capello’s final game in charge, a 1-0 victory over the latter opponents at Wembley.

The match was decided by an own goal from Daniel Majstorovic and the side Capello named was a reflection of the prosaic nature of the England squad during the early 2010s.

If you’re looking for another challenge after this, why not have a go at naming England’s 23-man squad for the 2010 World Cup?

You’ll need to sign up to Starting 11 below to play the quiz and completing it will also put you on our weekly Starting 11 leaderboard. You can access the leaderboard via the dropdown menu on the quiz below. The time from the office to beat is 02:01.