Can you name England’s XI from Kevin Keegan’s last match in charge in 2000? 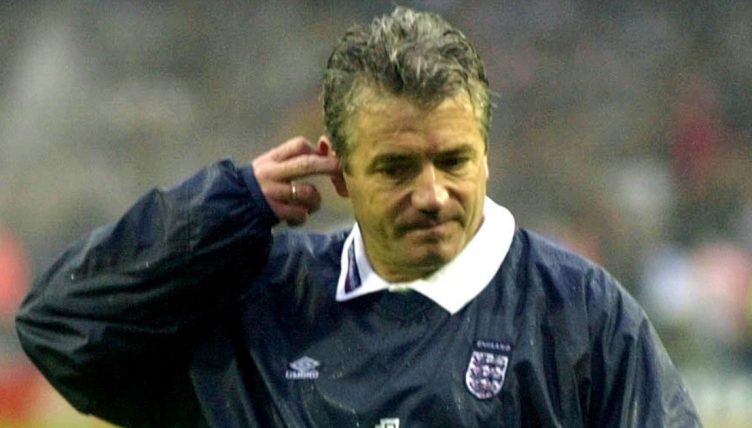 Kevin Keegan’s tenure as England manager didn’t go as planned, and it had a sad ending: he resigned in a  Wembley toilet after the Three Lions suffered a 1-0 defeat to Germany.

A long-range free-kick from Dietmar Hamman was the difference between the two sides. It was the final match at the old Wembley, a qualifier for the 2002 World Cup – England would famously have their revenge with a 5-1 thrashing in the return fixture in Munich – and brought an end to Keegan’s reign.

We’re asking you to name Keegan’s England XI from that occasion. If you’re struggling, sign up with Starting 11 below to get access to hints. The score from the office to beat is 8/11.

If you fancy taking on another challenge after this, why not try naming the top goalscorers in the history of the World Cup?