Can you name England’s XI from their defeat to Iceland at Euro 2016? 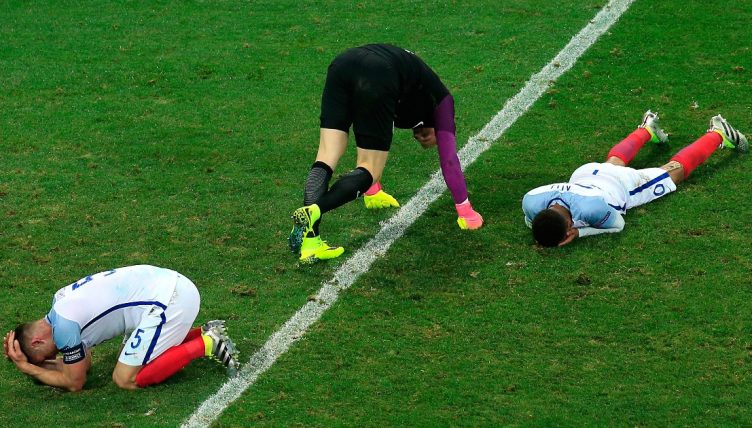 England‘s 2-1 defeat to Iceland at Euro 2016 is a match that has gone down in infamy on these shores, while it was met with hilarity in the rest of the British Isles and Europe.

Roy Hodgson’s side crashed out of the competition at the round-of-16 stage, having let their lead slip after going ahead via an early penalty.

It was a humiliating defeat, against a nation whose population could fit inside the Premier League’s six biggest grounds, and impossible to forget.

“I’m no longer the England manager, my time has gone but I was told it was important that I appear here,” Hodgson told reporters the next day after leaving his post as Three Lions boss.

“I guess that is partly because people are smarting from the defeat last night that saw us leave the tournament. I suppose someone has to stand and take the slings and arrows that come with it.

“My emotions are obvious ones. I am really disappointed. I didn’t see the defeat coming. Nothing in the first three games here gave me any indication that we would play as poorly as we did.

“Unfortunately, they are one-off events. If at one of those one-off events you don’t turn up, even an opponent that is not entirely fancied like Iceland can beat you. That is what happened.”

But can you remember each member of England’s starting XI that evening? The time from our office to beat is 01:19.

If you’re after another challenge after this, why not try naming every member of England’s squad for the 2002 World Cup?