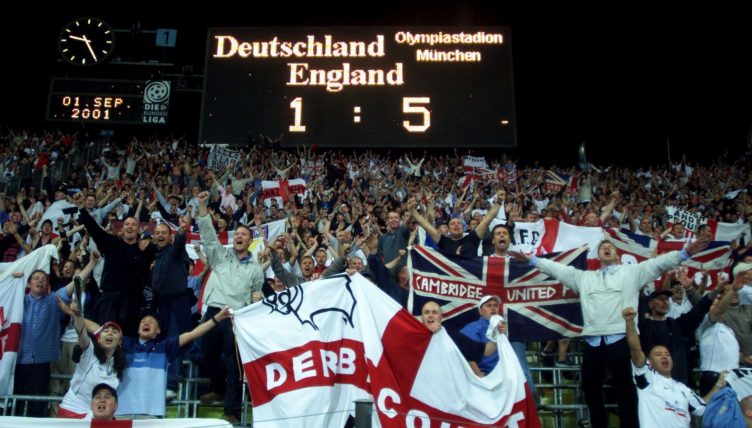 On September 1, 2001, England produced one of their greatest performances to beat Germany 5-1 in a World Cup qualifier.

Carsten Jancker put Germany in front after just six minutes but the Three Lions completed a stunning turnaround at the Olympiastadion.

England’s No.10 stole the headlines with a brilliant hat-trick while a midfielder and his strike partner also got on the scoresheet.

“I remember coming into the dressing room buzzing at half-time,” former England physio Gary Lewin told us. “All the talk was, ‘Keep it tight, keep it tight. They’re going to have to come out.’ But Sven said, ‘Keep it tight, but if we have the chance to get at them, get at them.’

“We started the second half and we scored quite early, after three of four minutes. Then it goes 3-1. They made a couple of substitutions and you knew they were going to go for it, but we picked them off.

Sven-Goran Eriksson was the England manager for that historic game and we’re asking you to remember the Xl that he selected. The time to beat from the office is 01:32.

If this puts you in the mood for another challenge, why not try and name England’s XI from their defeat to Iceland at Euro 2016?

NEXT QUIZ: Can you name England’s Xl from their first game at new Wembley?