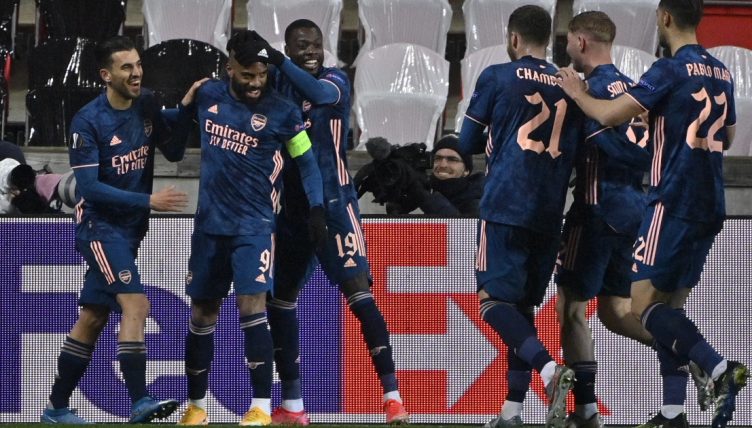 Arsenal progressed to the semi-finals of the Europa League on Thursday night by thrashing Slavia Prague 4-0 in the Czech Republic.

It sets up a reunion with ex-manager Unai Emery whose Villareal side will be their competitors for a place in the Gdansk final at the end of May.

Over the past decade, it is a competition that the Gunners have had to become more and more familiar with, after failing to qualify for the Champions League since the 2016-17 campaign, which ended in brutal fashion at the hands of Bayern Munich.

They made the final at the end of the 2018-19 season, only to be thrashed by Chelsea in Baku. Under Mikel Arteta, things seem to be trending in the right direction in Europe again, however.

Thirty-six players have scored for Arsenal in the Europa League since the competition’s rebrand from the UEFA Cup, and we’re here to test how many you can name. You’ve got 10 minutes to name them all, and the score to beat from the office is 27/36.

If you fancy another challenge once you’ve done this one, why not try to name Arsenal’s top Premier League goalscorer for every initial.

A * denotes the player is still active at Arsenal.