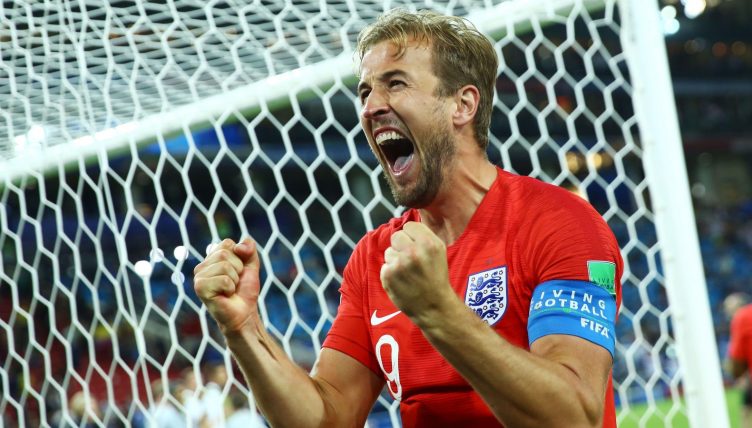 England’s current No.9 won the Golden Boot at the 2018 World Cup – but can you name every Three Lions player to score at a major tournament since 1990?

Despite a number of unsuccessful tournaments since that revolutionary jaunt to Italia ’90, England have still taken a bunch of accomplished goalscorers with them on their travels.

And a number of famous victories, such as Holland at Euro ’96, Argentina in 2002 and Germany at last year’s Euros, have been underpinned by some of the Premier League’s top strikers finding the net on the biggest stage.

Gareth Southgate’s current squad is full of players who’ve stepped up when England needed them, although they aren’t necessarily the names you’d expect to find on the scoresheet.

But that only serves to make this quiz more intriguing. A total of 38 different players have scored for England at either a World Cup or European Championship since 1990 and we’d like you to name them all. If possible.

We’ve given you the total number of goals each player scored and 15 minutes to name as many goalscorers as you can.

An asterisk denotes a player that has been named in England’s 2022 World Cup squad. The score to beat from the Planet Football office is 35/38 – which we’re expecting tons of you to match with ease.

And, once you’ve completed this quiz, why not try and name every member of England’s 1998 World Cup squad?

NEXT QUIZ: Can you name every player to score a hat-trick for England since 1990?