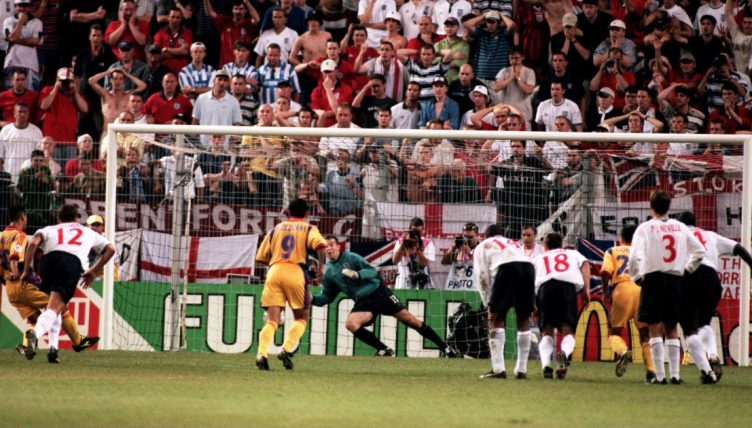 England made an early exit at Euro 2000 –  but how many members of their 22-man squad from that tournament can you remember?

Despite a 1-0 win over Germany, defeats against Portugal and Romania saw England eliminated in the group stages out in Belgium and the Netherlands.

We’re giving you 10 minutes to name all 22 members of the squad. We’ve given you each player’s position as a clue, while they’re also ordered by squad number. The score from our office is 17/22.

Once you’ve given that a go, why not try naming every member of England’s squad for Euro 2012?