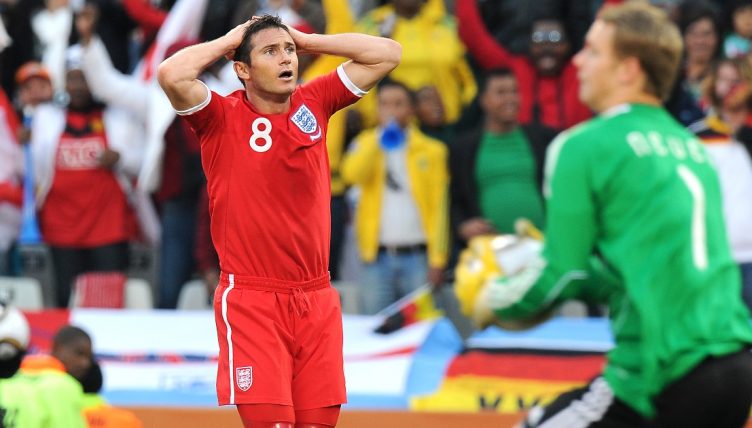 England endured a disastrous 2010 World Cup – but how many members of their 23-man squad from that tournament can you remember?

After disappointing draws against the USA and Algeria in the group stage, they scraped through to the last 16 following a narrow 1-0 win over Slovenia.

The Three Lions then lost 4-1 against Germany after being cruelly denied a legitimate equaliser in the first half due to a lack of goal-line technology.

You’ve got 10 minutes to name all 23 players picked by Fabio Capello. We’ve given you their position as your hint, and they’re ordered by their squad number.

The score from our office to beat is 21/23. If you fancy another challenge after this, why not have a go at naming England’s squad for Euro 2000?