Can you name every member of France’s 2018 World Cup squad? 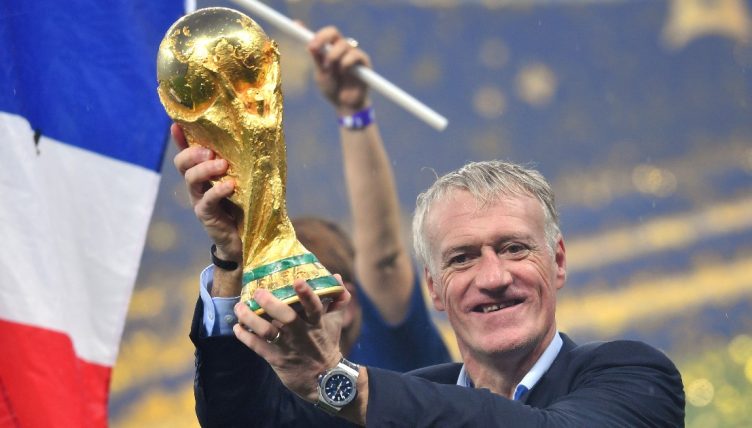 Didier Deschamps has been blessed with a ludicrously talented generation of French players – but can you remember the 23 players that made the cut for their World Cup victory in 2018?

France entered the tournament as one of the favourites and looking to avenge their defeat in the Euro 2016 final against Portugal.

And, after stuttering through the group stages, only scoring three times against Australia, Peru and Denmark, Deschamps’ side marched through the knockout stages after finally igniting.

Their 4-3 win over Argentina in the last 16 was one of the most memorable matches in World Cup history and they swept aside Uruguay and Belgium to reach the final.

Les Bleus memorably triumphed in Moscow’s Luzhniki Stadium with a 4-2 victory over Croatia to lift the famous trophy for the second time. Chances are you’ll remember most of those superstars, but what about those on the fringes?

You’ve got 15 minutes to name all 23 players. We’ve given you their position as your hint, and they’re ordered by their squad number. The score to beat from the Planet Football office is 18/23.

If this puts you in the mood for another World Cup-related challenge, why not try name France’s XI from their other World Cup final victory – the 3-0 against Brazil in 1998?