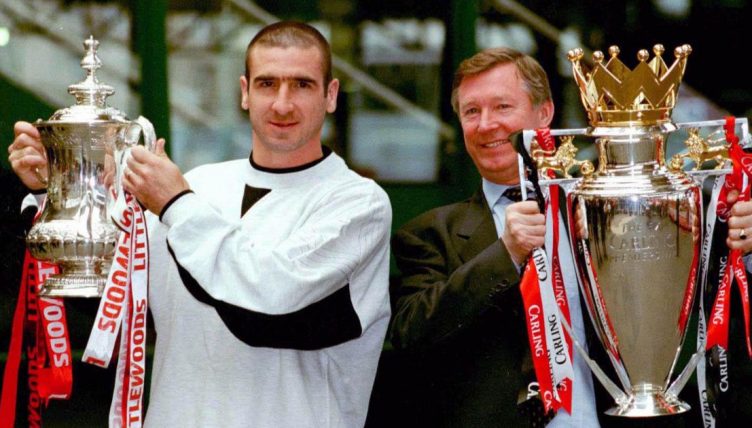 In 1995-96, Manchester United won their second Double in three seasons – but how well can you remember the players that featured?

After finishing second to Blackburn Rovers the previous season, and losing the FA Cup final to Everton, United were something of a wounded animal heading into the campaign.

And Alex Ferguson had raised eyebrows over the summer by selling experienced players Paul Ince, Mark Hughes and Andrei Kanchelskis, without making any major signings.

Instead, Ferguson relied upon products of the club’s youth system to claw their way past Newcastle United in the run-in.

United finished four points ahead of Kevin Keegan’s Newcastle, who themselves had been 12 points ahead at one stage, before beating Liverpool 1-0 in the FA Cup final at Wembley.

While their performances in the League Cup and UEFA Cup that year were unremarkable – early exits to York City and Rotor Volgograd respectively – the campaign remains a memorable one for United supporters.

We’re challenging you to name the 24 players that appeared for the Red Devils in all competitions that season, with only the number of appearances they made given as a clue.

You’ve got 15 minutes to complete the challenge and we reckon any United fan should be capable of recording a good score here.

And if this puts you in the mood for another quiz, why not have a crack at naming the 25 Manchester United players to score 10+ goals in a Premier League season?

NEXT QUIZ: Can you name every player Sir Alex Ferguson used in his last Man Utd season?