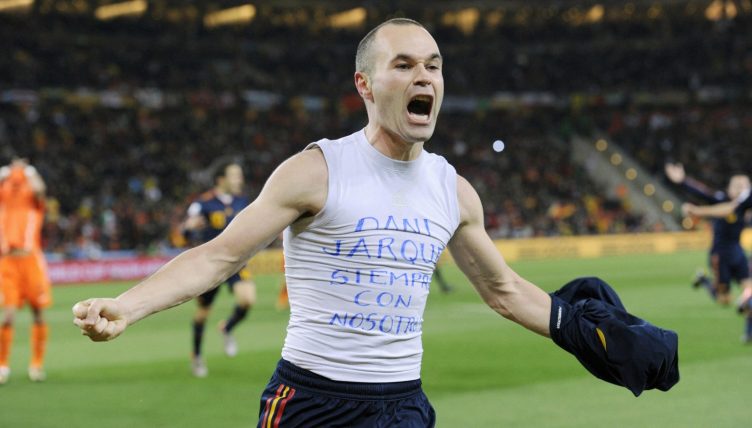 Spain’s world champions of 2010 are regarded as one of the greatest international sides of all time – but can you remember their full 23-man squad from the tournament?

From 2008 to 2012 Spain were true champions of the world, winning back-to-back European Championships and the World Cup. Nobody could touch them.

But they started their World Cup campaign in South Africa with a shock 1-0 defeat against Switzerland. A talented side needed to dig out victories over Honduras and Chile just to escape their group.

And Vicente Del Bosque’s side really showed their class in the knockout rounds. While the over-hyped line-ups of Argentina, Brazil and England collapsed, Spain moved serenely through the competition.

Neighbours Portugal, containing Cristiano Ronaldo in their team, were beaten in the last 16 before narrow wins over Paraguay and Germany took Spain into their first-ever World Cup final.

And, with a penalty shoot-out looming, one Barcelona midfielder scored a dramatic winner to give Spain the famous trophy. A normally fractured nation celebrated from Coruna to Cadiz at their side becoming world champions.

You’ve got 15 minutes to name the 23-man squad that helped Spain on the way to lifting the World Cup in 2010. The score to beat from the Planet Football office is 19/23.

NEXT QUIZ: Can you name all 32 countries that will play at the 2022 World Cup?