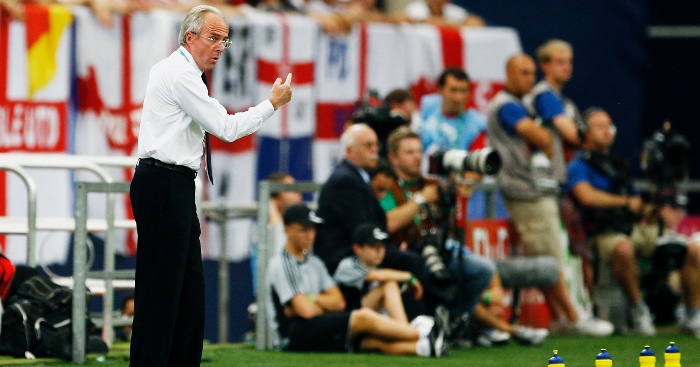 Sven-Goran Eriksson capped 72 different players during his time as England manager – but how many of them can you name?

England were in the midst of an extended funk in the autumn of 2000. They’d flopped at that summer’s European Championship and had lost to Germany in the final match at the old Wembley – leading to Kevin Keegan resigning in the toilets afterwards.

Plenty of domestic names were linked with the vacancy but the FA decided to look beyond England for the first time and appointed Lazio manager Eriksson before the year was out.

His legacy is complicated; Eriksson led England to three consecutive quarter-final appearances but many felt the side could have achieved more considering the star talent available.

It took England’s struggles over the decade after Eriksson stepped down in 2006 for a re-appraisal of his tenure to occur but his achievements have since been eclipsed by Gareth Southgate over recent years.

We’ve given you 20 minutes to name them all and have listed the number of appearances each player made as a clue.

In the meantime, good luck with this one, and don’t forget to tweet us your scores at @planetfutebol. The average score to beat is 58%.