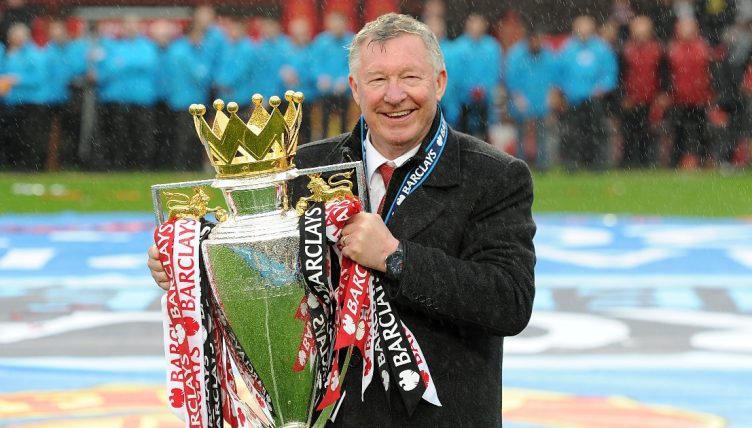 Sir Alex Ferguson’s incredible career ended with him guiding Manchester United to a 13th Premier League title – but can you remember every player he used that season?

United lost out on the 2011-12 Premier League title in dramatic circumstances after Sergio Aguero’s injury-time goal for Manchester City against QPR.

Ferguson added four new first-team players to his squad in the summer of 2012, including a striker that went on to score 26 Premier League goals in 2012-13.

And Ferguson’s side spent the majority of the season looking down on their Premier League rivals, with the likes of Arsenal, Chelsea and Liverpool failing to mount any kind of challenge.

United wrapped up the title with a 3-0 win over Aston Villa in April 2013 and ultimately finished 11 points ahead of second-placed Manchester City.

But we want you to name every United player that made a Premier League appearance for the club over the course of that season.

Just four players made over 30 appearances during that league campaign, so this one might be trickier than you think. We’ve ordered them by how many Premier League appearances they made that year to guide you and you’ve got 15 minutes to name them all.

The score to beat from the Planet Football office for this one is 22/25, but we reckon if you’re a die-hard United fan you can get full marks if you really put your mind to it.