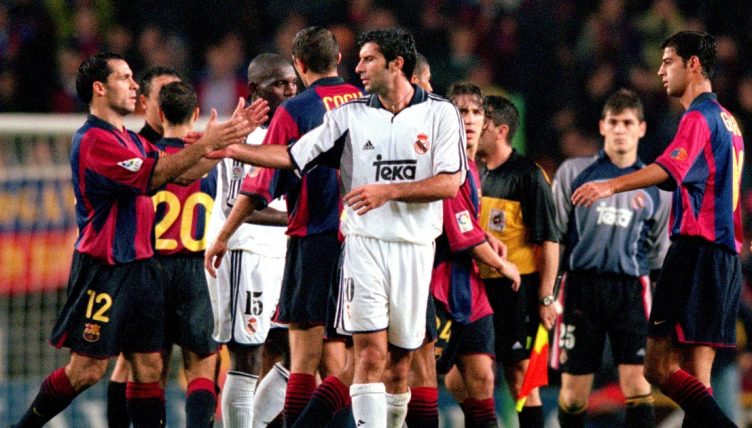 Thirty-three players have played for both Barcelona and Real Madrid in the history of the two great clubs. Luckily for you, we’re only asking you to name the 15 to have crossed the divide since 1990.

It’s among the most controversial moves that can be made in football, and it’s increasingly uncommon these days, with none in the last decade.

We’ve given you 10 minutes to name the 15 players that have represented the historic rivals, either with a contentious direct transfer from one to the other or a stint elsewhere in between. There are some iconic names here, among some less famous ones, and we’ll be impressed if you can hit double figures.

If this gives you a taste for another challenge, why not try name every player to score in El Clasico in the 2010s?