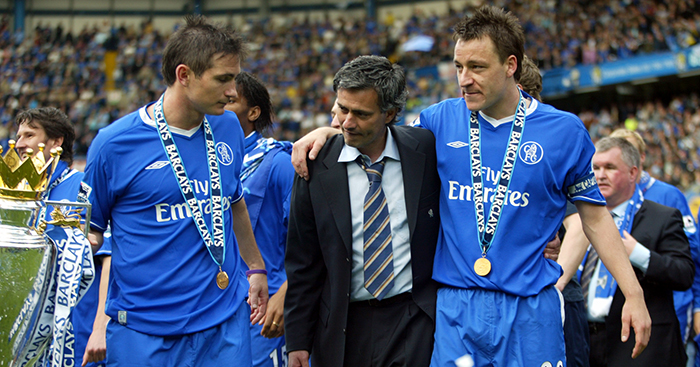 Jose Mourinho used 30 different players during his first season as Chelsea manager in 2004-05 – but how many of them can you name?

Mourinho has always been known to prefer a smaller squad with only two players for each position, but he did give opportunities to some young and fringe players at times – as we found out in episode three of The Broken Metatarsal Podcast in which we celebrated the Portuguese’s early achievements in England.

Indeed, eight players made fewer than 10 appearances for Chelsea in Mourinho’s first season, which makes naming all 30 he used a difficult task.

But you’ve got 10 minutes to try your best.

Good luck, and don’t forget to tweet us your scores @planetfutebol. The average score at the time of writing is 46%.

Once you’ve completed this quiz, why not try and name every goalkeeper to play for Chelsea in the Premier League.

Can you name the 15 managers to have taken charge of 300+ PL games?