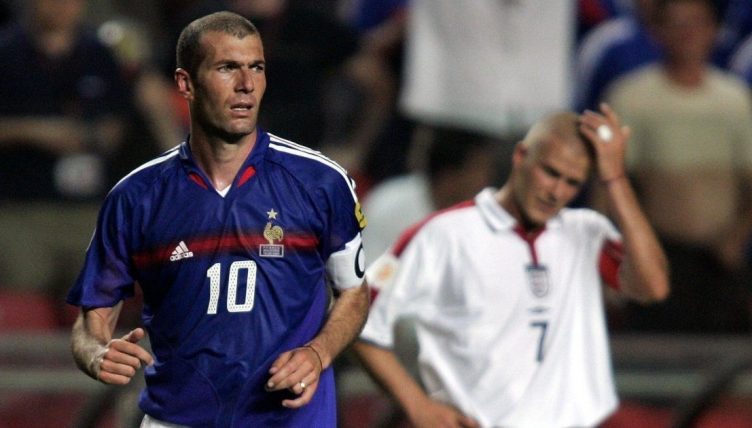 After Frank Lampard gave England the lead, David Beckham had the chance to make it 2-0 but saw his spot-kick saved by the goalkeeper.

France’s captain and talisman then scored a free-kick and a penalty in injury-time to give Les Blues the three points.

Both sides reached the quarter-finals but England lost on penalties against Portugal and France were beaten by eventual winners Greece.

But we’re asking you to name the France Xl from that win over England. The score to beat from our office is 8/11.

If you’re in the mood for another challenge why not try naming France’s XI from the opening game of Euro 2016?

Can you name every member of France’s 2018 World Cup squad?