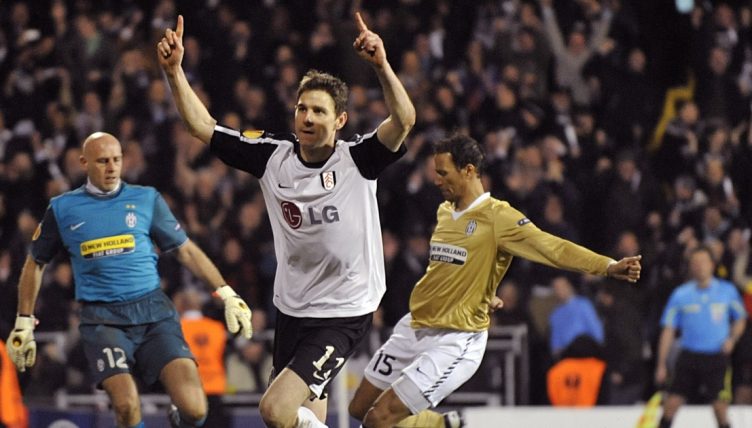 On 18 March, 2010, Fulham sent shockwaves throughout the footballing world by beating Juventus 4-1 in the Europa League.

After Fulham lost 3-1 in Italy in the first leg, David Trezeguet appeared to have ended the last-16 tie with an early goal at Craven Cottage.

But Fabio Cannavaro was shown a straight red and Roy Hodgson’s side scored four goals to book their place in the quarter-final.

Fulham went on to reach the Europa League final, but we’re asking you to name the Xl from that famous win over Juventus.

If you want another test of your football knowledge after this, why not have a crack at naming every UEFA Cup and Europa League finalist since 1990?

You’ll need to sign up to Starting 11 below to play the quiz and completing it will also put you on our weekly Starting 11 leaderboard. You can access the leaderboard via the dropdown menu on the quiz below. The time from the office to beat is 01:11.