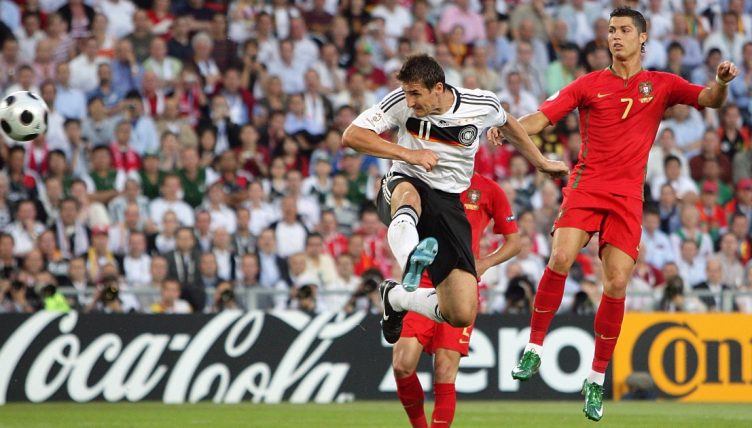 After Joachim Low’s side scored two goals inside the first 26 minutes, Nuno Gomes reduced the deficit just before half-time. A Chelsea midfielder restored Germany’s two-goal lead and Helder Postiga’s late strike was only a consolation.

The Germans then beat Turkey 3-2 in the semi-final but fell to a 1-0 defeat against Spain in the final. We’re now asking you to name the Xl from their win over Portugal.

Once you’ve completed this quiz, why not try naming every member of Germany’s 2014 World Cup squad?

Good luck and don’t forget to tweet us your scores @planetfutebol.The score to beat is 7/11….

Can you name the top 15 German goalscorers in the Premier League?