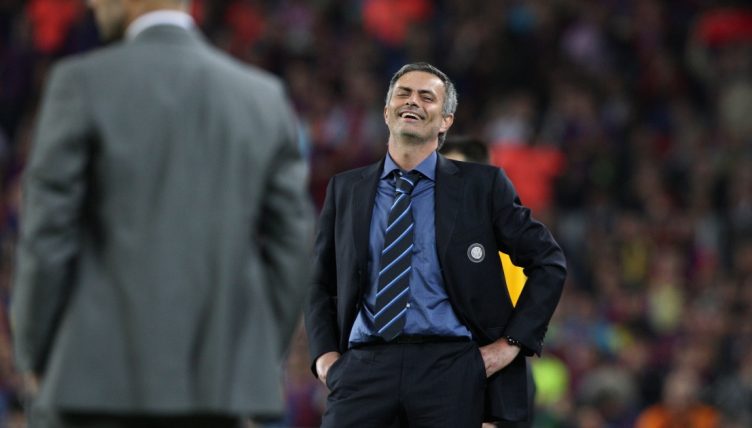 On 28 April, 2010, Inter Milan booked their place in the Champions League final with one of the defining displays of Jose Mourinho’s managerial career – a 1-0 defeat to Barcelona.

The result was enough for the Serie A side to make it past Pep Guardiola’s all-conquering Barcelona, having won the first leg at the San Siro 3-1.

You’ll probably remember Mourinho charged onto the Camp Nou pitch at the final whistle to celebrate getting one over his old friend Guardiola, and the club that rejected him a couple of years prior.

But can you remember the team he put out that night? We’re asking you to name the 11 men that made Inter’s starting XI that famous night in Catalonia.

To jog your memory, one of the visitors was sent off after just 28 minutes, leaving the remaining 10 men to produce one a backs-to-the-wall defensive display for the ages. Gerard Pique eventually scored for Barcelona in the 84th minute, but Inter denied them an all-important second.

If this puts you in the mood for another challenge, why not have a go at naming every player used by Mourinho in his first Chelsea season?

You’ll need to sign up to Starting 11 below to play the quiz and completing it will also put you on our weekly Starting 11 leaderboard. You can access the leaderboard via the dropdown menu on the quiz below. The time from the office to beat is 03:28.