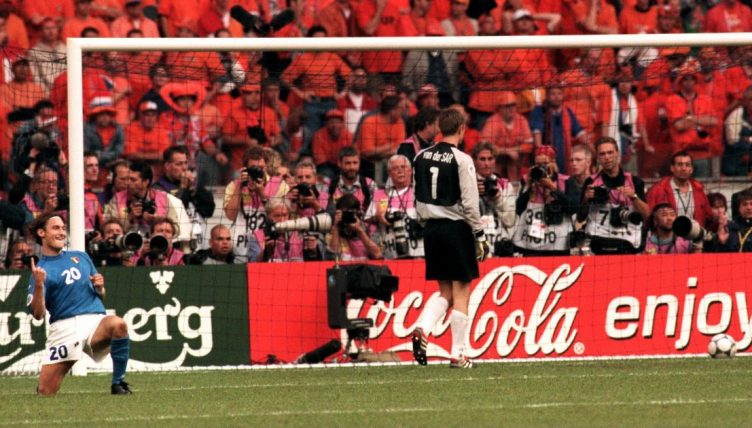 On June 29, 2000, Italy taught the Netherlands a thing or two about how to take a penalty with a dramatic shootout victory in the semi-final of Euro 2000.

Italy went down to 10 men after just 33 minutes but managed to take the game to penalties after seeing the Netherlands miss two spot-kicks of their own in normal time through Frank De Boer and Patrick Kluivert.

In the first shootout of that year’s tournament, Netherlands missed a further three spot-kicks, allowing Italy to snatch victory and progress to the final, where they were edged out by reigning world champions France.

We’re asking you to name Italy’s XI from that semi-final win. The score from the office to beat is 6/11. If you’re struggling, sign up to Starting 11 below to get access to hints.

And if this gives you the taste for another quiz, try naming the France XI that beat Italy in the final on Golden Goal.