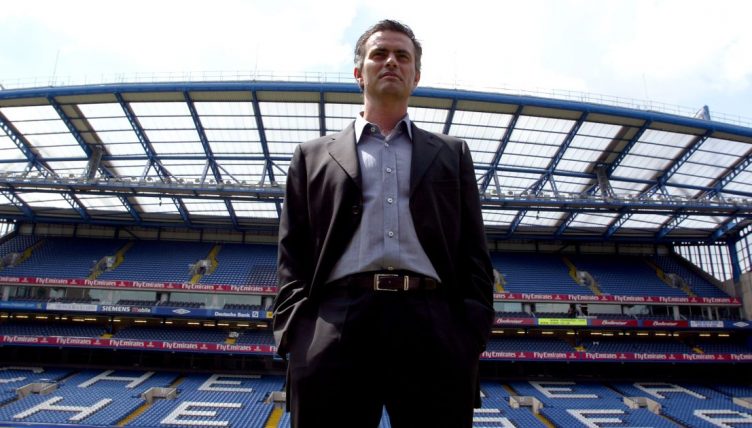 On August 15, 2004, Jose Mourinho took charge of Chelsea in a competitive game for the first time as his side beat Manchester United 1-0 at Stamford Bridge.

For Mourinho, it was his first strike in England as part of his early rivalry with Sir Alex Ferguson and set the tone for a campaign in which Chelsea comfortably won the Premier League title.

“I’m a great defender of team spirit and team work and the first thing I have to promise to my new players is that I will look at them all with the same eyes,” he said at his first press conference as Chelsea boss,

“I don’t want special relations with one of them. I hate to speak about individuals. Players don’t win you trophies, teams win trophies, squads win trophies.

“I cannot say I love this player, but generally I love the players who love to win. Not only the ones that love to win in 90 minutes but love to win every day, in every training session and in all of their lives.”

Can you name each member of Chelsea’s starting XI from the win over Manchester United that set the tone? The time from our office to beat is 00:58.

Once you’ve given that a go, why not try name the 35 most-used players of Mourinho’s managerial career?

NEXT QUIZ: Can you name every player Mourinho has signed in the Prem for £10m+?