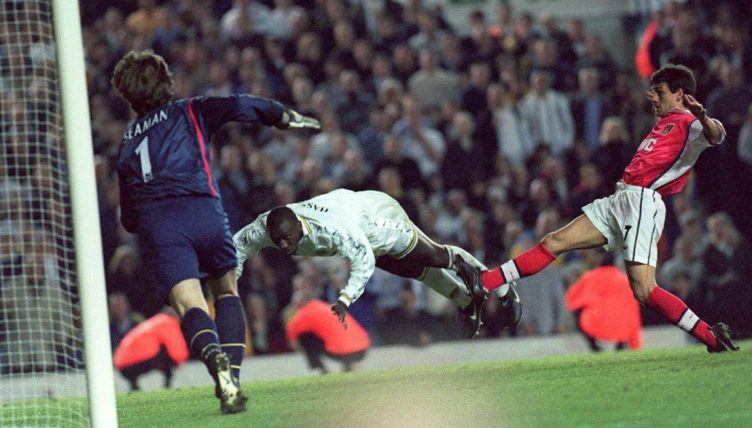 On May 11, 1999, Arsenal travelled to Elland Road, where Leeds United put a serious dent in the Gunners’ hopes of retaining the Premier League title they had won a year earlier.

Leeds’ left-back missed a penalty in the first half and a cult hero very nearly scored one of the finest goals of his career (spoiler). But a late strike did eventually hand the Whites the three points, which helped them to a fourth-place finish.

Here, we’ve set you the task of naming David O’Leary’s Leeds starting XI from that day. You’ve got 10 minutes to get the lot and the score to beat from the Leeds fan in our office is 10/11.

And if this gives you a taste for another challenge, why not try naming every player to appear for Leeds under Marcelo Bielsa?