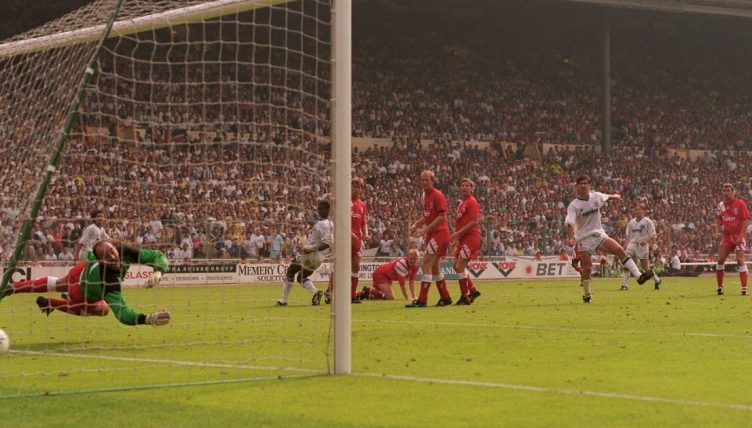 On 8 August 1992, a certain Frenchman scored a hat-trick as Leeds United secured a memorable 4-3 victory over Liverpool in the Charity Shield at Wembley.

It was the dawn of shiny new Premier League era – marketed heavily by Sky Sports – and the mercurial France international was undoubtedly becoming one of the marquee names.

We’re pretty sure you’ll know who we’re talking about (hint: he became something of a legend at Leeds’ bitter rivals Manchester United), but we’re asking you to name him and the 10 others that started for Howard Wilkinson’s side that afternoon.

It’s a pretty iconic line-up for any Leeds fans of a certain vintage, featuring most of the famous names that pipped Sir Alex Ferguson’s Red Devils to the league title the year before. So we’re expecting some pretty strong scores.

FA Cup holders Liverpool pegged the Whites back twice that day, before making injury-time nervy by scoring a third in the 89th minute. But three goals from their rising star, as well as one from their left-back, were enough ensure that Wilkinson’s men lifted the trophy.

If you want another challenge after this one, have a go at naming every player that featured in Leeds’ run to the Champions League semi-finals in 2000-01?

You’ll need to sign up to Starting 11 below to play the quiz and completing it will also put you on our weekly Starting 11 leaderboard. You can access the leaderboard via the dropdown menu on the quiz below. The time from the office to beat is 03:17.