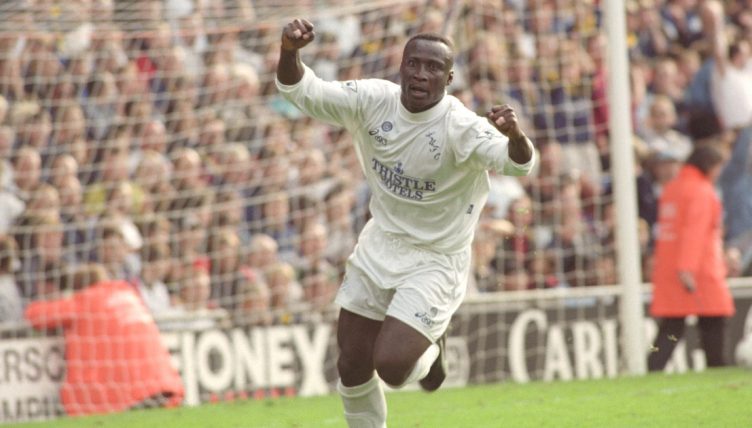 On September 23, 1995, Leeds United came away from Wimbledon with a 4-2 victory, forever be remembered for Tony Yeboah’s incredible volley, one of the all-time great Premier League goals.

We’re giving you the Ghanain striker for free, but what we want to know is whether you can name the rest of the Leeds team that day.

Yeboah actually scored a hat-trick that afternoon, but he wasn’t the only cult hero in Howard Wilkinson’s starting line-up.

If this gives you a taste for another challenge, why not try naming every player that featured in Leeds’ run to the Champions League semi-finals in 2000-01?

You’ll need to sign up to Starting 11 below to play the quiz and completing it will also put you on our weekly Starting 11 leaderboard. You can access the leaderboard via the dropdown menu on the quiz below. The time from the office to beat is 02:18.