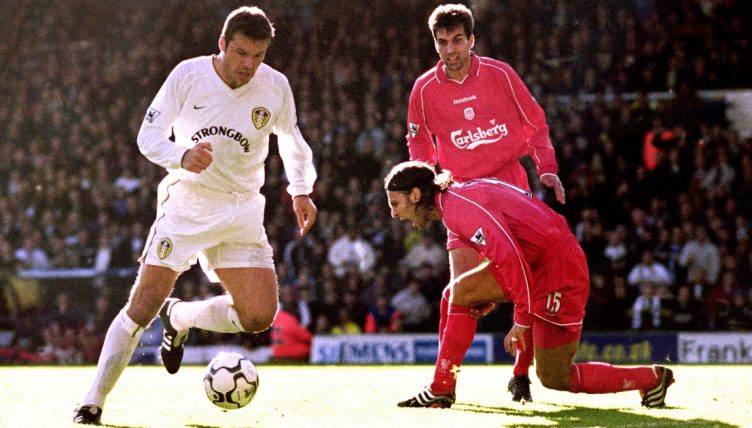 You probably don’t need to look at the above picture to remember who scored all four goals in Leeds United‘s unforgettable 4-3 victory over Liverpool on November 4, 2000 – but do you know the rest of David O’Leary’s side that day?

It was an individual display destined to be talked about for decades to come by Leeds’ No.9 that afternoon, but the supporting cast wasn’t bad either: this was a side that famously made it all the way to the Champions League semi-finals that season.

Gerard Houllier’s Liverpool would go on to have the last laugh, winning three trophies in 2000-01 and pipping Leeds to third by just a point, but that day undoubtedly belonged to the Yorkshire side. So we’re asking you to name O’Leary’s starting XI.

And if this gives you the taste for another quiz, why not try naming every player that featured in Leeds’ run to the Champions League semi-final in 2000-01?

You’ll need to sign up to Starting 11 below to play the quiz and completing it will also put you on our weekly Starting 11 leaderboard. You can access the leaderboard via the dropdown menu on the quiz below. The time from the office to beat is 03:31.