Can you name Leeds’ XI from their win over Man Utd on Xmas Eve 1995? 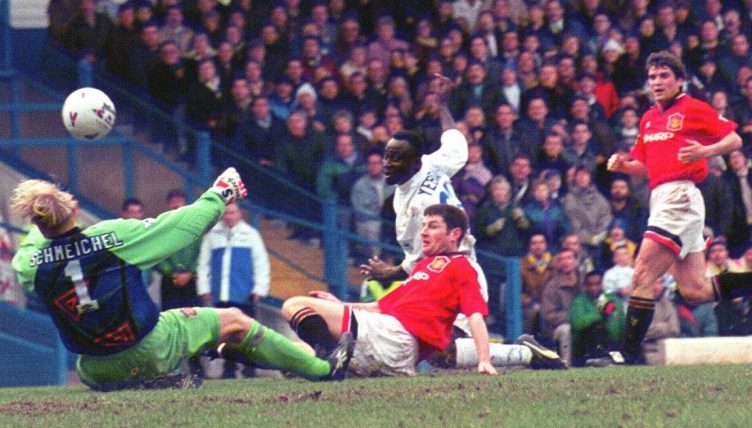 There’s only ever been one Premier League match played on Christmas Eve, and it was a particularly sweet one for Leeds United fans – a 3-1 home victory over rivals Manchester United back in 1995.

Howard Wilkinson’s Leeds would end up finishing a disappointing 13th in the 1995-96 season, but they had a Christmas to remember with a solid victory over the eventual champions.

We’re asking you to name the starting line-up on that occasion for Leeds. To jog your memory, Wilkinson’s men went ahead in the sixth minute through a penalty, only to be pegged back by Andy Cole, before their two strikers settled the result.

If you’re after another quiz after trying this one, have a go at naming every player that featured in Leeds’ run to the Champions League semi-finals in 2000-01?

You’ll need to sign up to Starting 11 below to play the quiz and completing it will also put you on our weekly Starting 11 leaderboard. You can access the leaderboard via the dropdown menu on the quiz below. The time from the office to beat is 03:39.