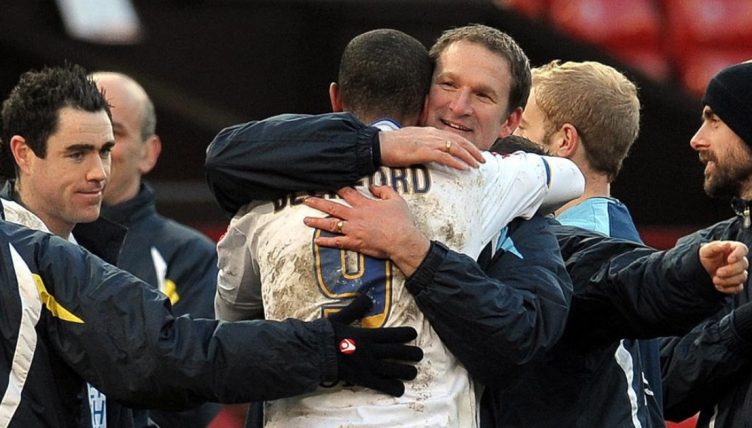 On January 3, 2010, Leeds produced one of the great FA Cup shocks by beating Manchester United 1-0 at Old Trafford.

Leeds were in League One at the time and sat 42 league places behind their opponents, who were the reigning Premier League champions.

Sir Alex Ferguson made several changes to his side but still started the likes of Dimitar Berbatov, Wayne Rooney and Danny Welbeck.

The visitors stunned the home crowd when their striker broke free of the United defence and slotted a low shot past Tomas Kuszczak in the 19th minute.

The Red Devils were unable to score an equaliser and Leeds booked their place in the FA Cup fourth round. It was a memorable day for Leeds fans and we’re asking you to name Simon Grayson’s starting Xl from that win.

If you’re looking for another challenge after this, why not have a go at naming every player to feature in Leeds’ title-winning 91-92 season?

You’ll need to sign up to Starting 11 below to play the quiz and completing it will also put you on our weekly Starting 11 leaderboard. You can access the leaderboard via the dropdown menu on the quiz below. The time from the office to beat is 02:32.

Can you name Leeds’ XI from their win over Man Utd on Xmas Eve 1995?