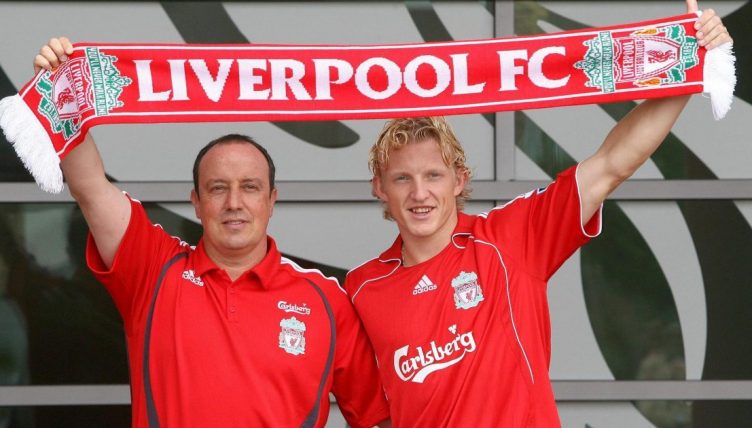 On August 26 2006, Dirk Kuyt came off the bench to write the first page of a beautiful story with Liverpool, making his debut against West Ham.

The afternoon went well for the Reds, Rafa Benitez’s side continuing their unbeaten start to the season with a 2-1 victory at Anfield.

Kuyt emerged from the bench seven minutes into the second half. Though he didn’t get on the scoresheet that day, he went on to become an absolute cult hero among Liverpool fans as well as netting 71 goals for the club.

What we want you to do here, though, is name Liverpool’s starting XI from the Dutchman’s debut against West Ham.

If this gives you the taste for another testing quiz, why not try naming every player to wear number nine for Liverpool in the Prem?

You’ll need to sign up to Starting 11 below to play the quiz and completing it will also put you on our weekly Starting 11 leaderboard. You can access the leaderboard via the dropdown menu on the quiz below. The time from the office to beat is 03:04.