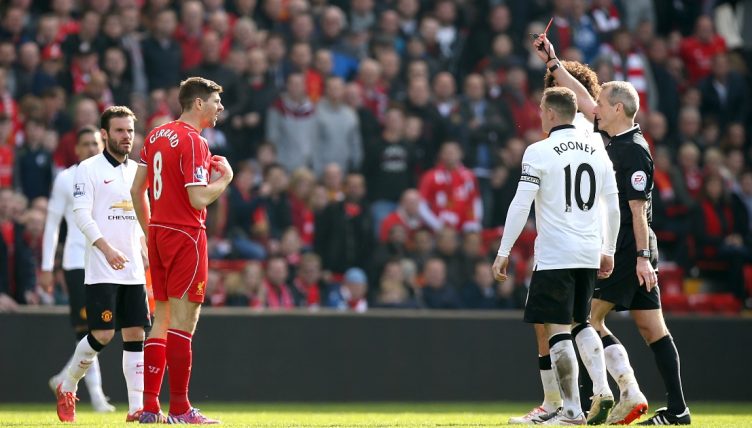 On 22 March, 2015, Liverpool legend Steven Gerrard made his final appearance against the old enemy Manchester United. He lasted just 38 seconds on the pitch.

What we want to know is whether you can name the players Brendan Rodgers picked for his starting XI on that occasion.

Gerrard was actually controversially omitted from the starting line-up that afternoon. Fired up to make a difference after he was brought on at half-time, the midfielder was shown his marching orders for a bad challenge on Ander Herrera.

Liverpool were already a goal down at the time after Juan Mata opened the scoring in the 14th minute. Mata doubled the lead following Gerrard’s red card before a Liverpool striker scored a consolation for the hosts.

The time from the office to beat is 02:42. Sign up if you beat that score and want to enter the leaderboard. Signing up also gives you access to hints…

And if this puts you in the mood for another challenge, why not try to name every player Jurgen Klopp has used in the Premier League?