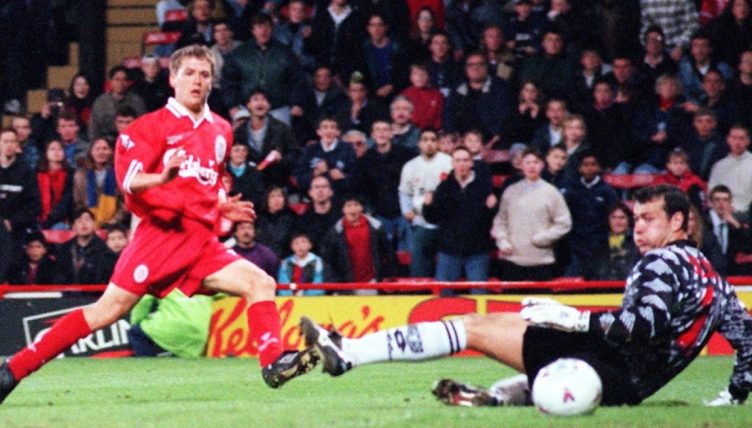 Michael Owen may not be a fan’s favourite at Liverpool these days but it’s sometimes forgotten how good at goalscoring he was.

Liverpool had been fighting Manchester United for the title for much of the 1996-97 season but this reverse at Selhurst Park effectively handed the title to United. Roy Evans’ side would go on to finish fourth, behind Newcastle and Arsenal, missing out on Champions League qualification.

But the game is mainly remembered for Owen’s goal – even though he didn’t start the match. We’re asking you to name the XI that began the match for Liverpool in south London.

If that’s got you in the mood for more quizzes, why not try naming Liverpool’s Xl from their 2-0 win against Inter Milan in 2008?

You’ll need to sign up to Starting 11 below to play the quiz and completing it will also put you on our weekly Starting 11 leaderboard. You can access the leaderboard via the dropdown menu on the quiz below. The time from the office to beat is 03:19.