Can you name Liverpool’s XI from the 1984 European Cup final? 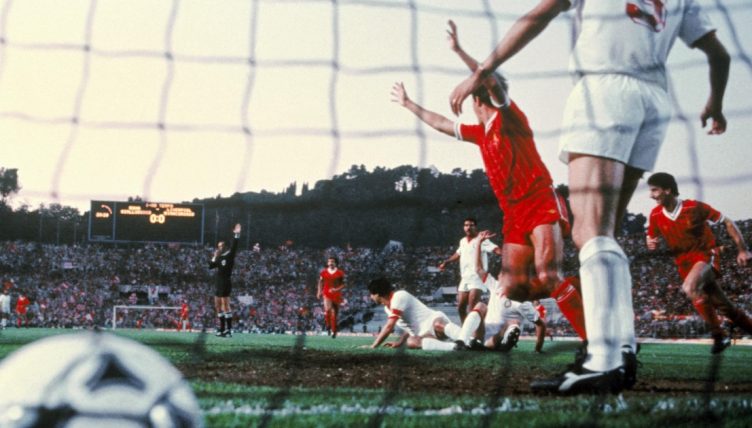 On 30 May, 1984, Liverpool capped off one of the finest seasons in the club’s history by beating Roma on their own patch in the European Cup final at the Stadio Olimpico.

Joe Fagan’s Reds had already secured the First Division title by finishing three points ahead of Southampton and they followed that up by beating Roma in the Italian capital on penalties.

It was their right-back that opened the scoring at the Olimpico before Giallorossi striker Roberto Pruzzo levelled things up shortly before half-time. It remained tied until the shootout, which Liverpool triumphed in, scoring four of their five spot-kicks.

We’re asking you to name their starting XI that night. If you know your Liverpool history, this shouldn’t be too difficult as most of the names remain legendary nearly 40 years later.

If you’re after another challenge after this quiz, why not have a go at naming Liverpool’s top 30 goalscorers in Premier League history?

You’ll need to sign up to Starting 11 below to play the quiz and completing it will also put you on our weekly Starting 11 leaderboard. You can access the leaderboard via the dropdown menu on the quiz below. The time from the office to beat is 03:14.