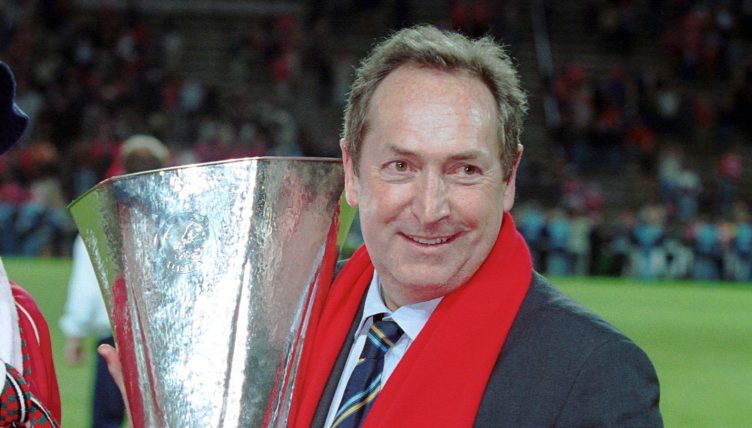 On May 16, 2001, Liverpool capped off the most memorable of seasons in dramatic fashion with an unforgettable 5-4 victory over Alaves in the UEFA Cup Final.

Gerard Houllier’s Reds had already lifted the League Cup and FA Cup during that 2000-01 campaign and completed a treble of trophies at the Westfalenstadion in Dortmund.

Liverpool had to beat some big names to reach the final in Germany; Roma and Porto were seen off before edging past Barcelona by a single goal over two, torturous semi-final legs.

But the final itself was an eight-goal thriller over the course of 90 minutes, as plucky La Liga outfit Alaves pegged back Liverpool to 4-4 despite Houllier’s side leading 3-1 at the break.

However, just as penalties seemed like a formality, a 116th-minute own goal from full-back Delfi Geli proved decisive – the golden goal, as were the rules back then.

It was Liverpool’s first European trophy since 1984 and their fans celebrated long into the German night. It was a key milestone after over a decade in the shadow of Manchester United.

We’re asking you to name the starting XI that Houllier went with that night – so not including Robbie Fowler, Patrik Berger and Vladimir Smicer, who came off the bench. There’s plenty of famous names, so we’re expecting strong scores.

If this puts you in the mood for another challenge, why not have a go at naming every Liverpool player to have scored in the Premier League for Jurgen Klopp?

NEXT QUIZ: Can you name Liverpool’s top scorer from every Premier League season?