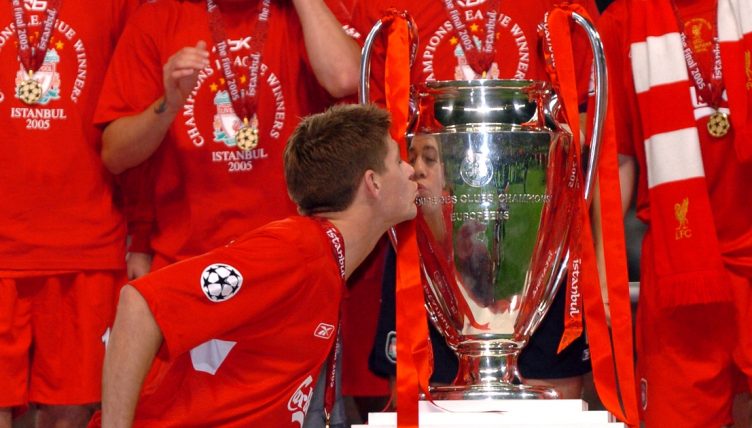 On 25 May 2005, Liverpool produced one of the all-time great comebacks to beat a brilliant AC Milan side in the Champions League final. We want to find out how well you remember the game.

Milan started like a greyhound out of the traps, an early Paolo Maldini strike giving the Italians the lead. Brazilian attacking midfielder Kaka then turned on the style and by half-time, he had set up two goals for Hernan Crespo to give Milan a seemingly comfortable 3-0 margin.

But Liverpool boss Rafael Benitez made a big change at the break, bringing on Dietmar Hamann and altering Liverpool’s formation. The decision paid off.

The Reds scored three goals in six wild second-half minutes before winning 3-2 in a dramatic penalty shootout, famous for their goalkeeper’s theatrics and eventual heroics.

It was a magical night for Liverpool fans and Benitez recently told the official Champions League website: “Istanbul was unforgettable because, after a long absence, Liverpool returned to the most important club competition final.

“It is probably the best, most emotional final the Champions League has ever seen.”

Here, we’re asking you to name the starting XI that Benitez sent out at the Ataturk Olympic Stadium. The time to beat from the office is 01:42.

If this gives you the taste for another quiz, have a go at naming Liverpool’s XI from the 1981 European Cup final, when they beat Real Madrid 1-0 at the Parc des Princes.