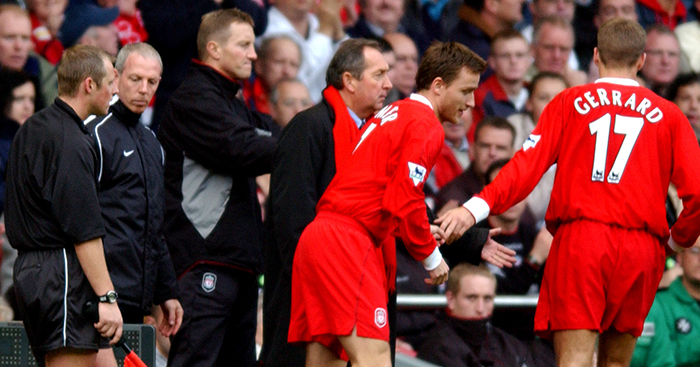 Gerard Houllier’s transfer record in charge of Liverpool was somewhat mixed – and that is reflected by the team he picked to face Tottenham in October 2002.

Liverpool won the League Cup in the 2002-03 season but finished only fifth in the Premier League having finished as runners-up the year before.

They won nine and drew three of their first 12 games of the season, however, including a 2-1 win over Spurs at the end of the October. And your challenge is to name the 11 players that started at Anfield that day.