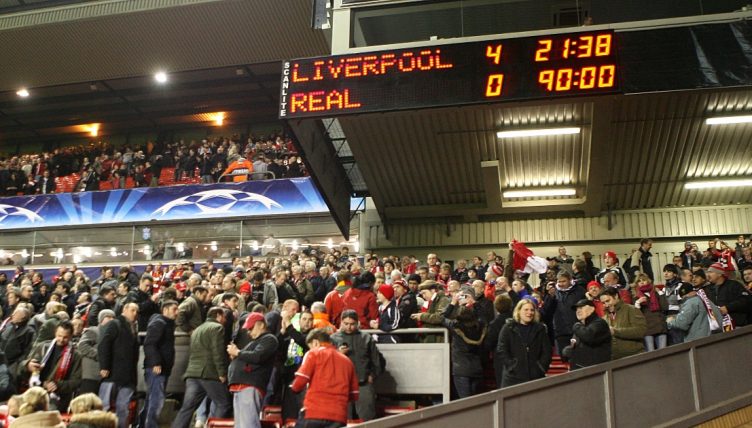 Liverpool and Real Madrid have played out some legendary meetings in European competition over the years, with few more memorable than the Reds’ 4-0 win at Anfield in March 2009.

Bob Paisley’s Liverpool famously beat Los Blancos 1-0 in the 1981 European Cup final in Paris, while Madrid got their revenge with a 3-1 victory in the 2018 Champions League final in Kyiv.

They’ve been drawn against one another in the 2020-21 Champions League quarter-finals, only the second occasion that the two famous names have met for a two-legged knockout clash.

That second leg is one of the finest moments of Rafael Benitez’s tenure, but how well do you remember it? We’re asking you to name every member of Liverpool’s starting XI that night.

If this gives you the taste for another quiz, try name Benitez’s 30 most-used players at Liverpool?