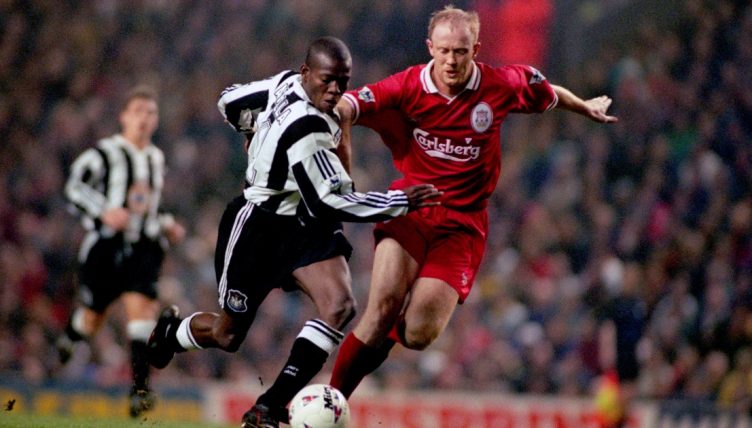 Liverpool played some classic Premier League matches against Newcastle United during the mid-90s, with two unforgettable 4-3 victories in successive seasons at Anfield.

We’re asking you to name the starting XI that Roy Evans selected in the second of those, which came in the March of the 1996-97 season.

The hosts went with a 4-5-1 formation on that occasion, at least according to the pre-match graphic on Sky Sports, but how well do you remember the names on the teamsheet?

Newcastle went on to finish as runners up for a second consecutive year as Sir Alex Ferguson’s Manchester United claimed yet another title, but they weren’t nearly as close as the year before, finishing seven points behind in the end.

Liverpool ended up level on points with the Magpies and Arsenal but missed out on Champions League qualification by virtue of goal difference.

If this gives you the taste for another quiz, try naming every Liverpool player to score in the Champions League knockout stages.