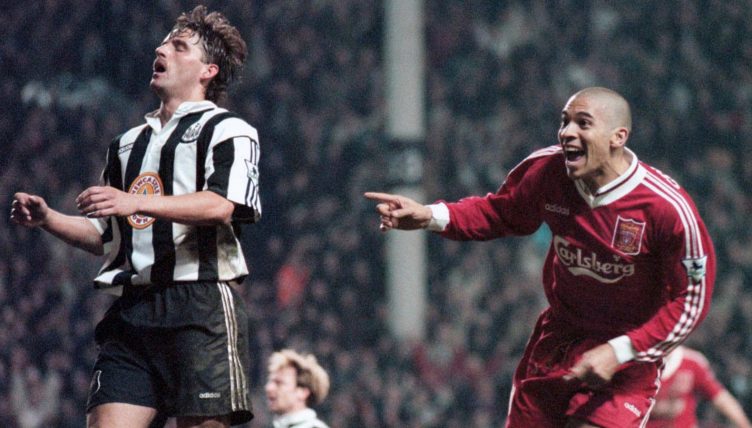 Liverpool’s 4-3 victory over Newcastle United in April 1996 is widely regarded as the finest match in Premier League history – but can you name the victorious Reds XI from that famous evening?

Both sides were fighting for the title when they met at Anfield; Roy Evans’ Liverpool were in third but the need of Kevin Keegan’s Newcastle side was perhaps greater as they’d led the Premier League for much of the campaign before falling behind Manchester United.

And two attack-minded sides went hammer and tongs at each other during a Premier League classic. Both teams held the lead, and lost it, during 90 raucous minutes at Anfield.

With the game level at 3-3 in injury time, Liverpool scored a dramatic winner that left Keegan slumped over the dugout in despair.

After the match, Evans observed that no team could “win the championship playing like that” and admitted his team had got away with “playing two against two, one against one, at the back”.

Indeed, neither side would win the title that season – and Liverpool would also lose the FA Cup final against United at Wembley – but left an indelible footprint on the English game.

We’re asking you to cast your mind back and name the Liverpool XI that Evans selected for this encounter. The score from the Planet Football office is 01:13 and we reckon any diehard Red should be able to top that.

But, if you find this quiz too easy, why not try and name every player to score on their Premier League debut for Liverpool?