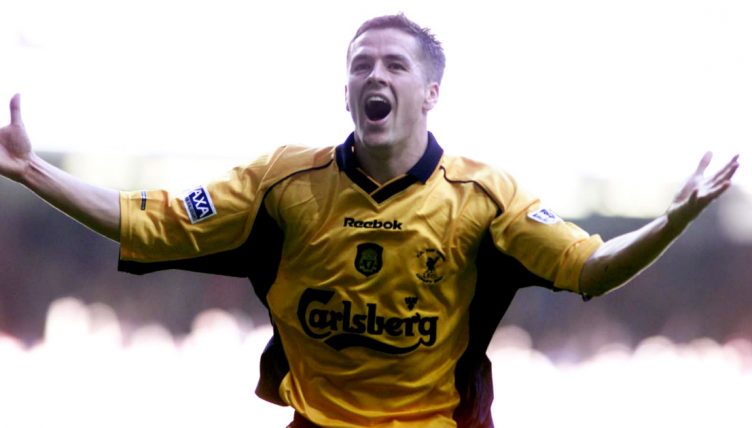 Liverpool beat Arsenal 2-1 in the 2001 FA Cup Final on an occasion that marked a real departure from tradition.

As Wembley was closed for redevelopment, the final was staged outside of England for the first time at Cardiff’s Millennium Stadium. It was also the first featuring two managers born outside the British Isles as Arsene Wenger faced Gerard Houllier.

Freddie Ljungberg gave Arsenal the lead in the 77th minute before a Liverpool striker struck twice in the last eight minutes to turn the game around.

“There are not many times when you go into a football field and believe no one can stop you, but that is how I felt in the 2001 FA Cup final,” the striker who won it for Liverpool, pictured above, told us.

“We were second best against Arsenal, but it was only 1-0 going into the closing stages and I felt my moment was coming.

“This was an Arsenal team that were at the peak of their powers, with Patrick Vieira, Robert Pires, Freddie Ljungberg and Thierry Henry giving us real problems, but it all turned around in the final few minutes.”

We’re asking you to name the victorious Liverpool XI from that sunny afternoon in Wales. You’ve got 10 minutes to get the lot and the time to beat from the Planet Football office is 01:20.

And if this gives you a taste for another challenge, why not try naming Liverpool’s XI from their 1-0 Champions League semi-final win against Chelsea in 2005.