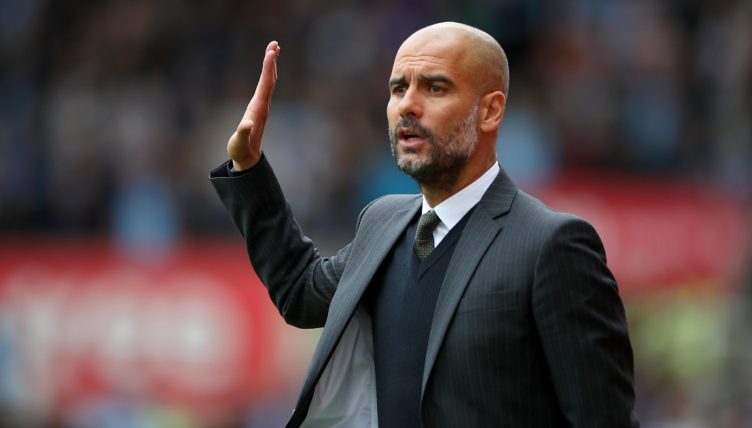 Pep Guardiola got his Manchester City career off to a winning start with a 2-1 victory over Sunderland in the Premier League in August 2016 – but can you name the starting XI he selected for that game?

After an underwhelming 18 months under Manuel Pellegrini, Guardiola was named as City manager in February 2016.

In truth, his appointment had felt inevitable for a number of years and the Etihad faithful were beside themselves with excitement at Guardiola’s arrival.

City took the lead in his first match through a penalty inside the opening five minutes before Jermain Defoe grabbed a second-half equaliser for the Black Cats.

Former Manchester United defender Paddy McNair then marked his Sunderland debut by scoring an own goal in the 87th minute to gift Guardiola’s side all three points.

Things didn’t go to plan initially as Guardiola suffered a trophyless first season in English football. But, with some canny signings and a settled style of play, City began to sweep all before them in England.

Guardiola has won four Premier League titles, more than Jose Mourinho or Arsene Wenger, and can be considered one of the great managers in Premier League history.

But we’re asking you to name the Xl from that win over Sunderland. The score from our office is 01:57.

If you fancy another challenge after this, why not try and name City’s top 30 goalscorers of the Premier League era?