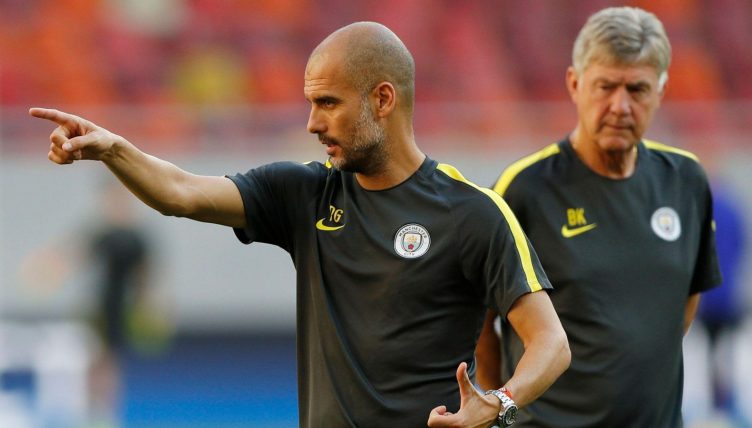 Pep Guardiola’s first Champions League game as Manchester City manager came against Steaua Bucharest in Romania in August 2016. We want to know how well you remember it.

City had progressed to the Champions League semi-finals under Manuel Pellegrini earlier in the calendar year, at that time their best-ever performance in Europe’s top compeition.

But having also finished fourth in the Premier League, City were forced to go through a qualifying round against Romanian side Steaua Bucharest to reach the group stage of the 2016-17 Champions League.

The first leg against Steaua was just the second competitive game under the watch of feted new boss Pep Guardiola, who was expected to take City onto a whole new level.

Having only beaten Sunderland very narrowly the previous weekend, City then put on show in the Champions League, smashing five past Steaua without reply and sending the fans who’d made the long away trip to Romania back to Manchester very happy.

The club’s star striker got a hat-trick – and it could have been even more given he missed two penalties in the first half, one either side of City’s opener, which was scored by a midfielder.

Still, the three-goal haul for the striker in question allayed some of the early fears that he would not fit into a Guardiola team.

Here, we want you to name the full starting XI that Guardiola sent out in Bucharest that night. There are plenty of familiar names that you’ll likely get almost immediately. One or two could catch you out, though. Our time to beat is 01:56.

And if this puts you in the mood for another City-themed brain teaser, then you should try naming City’s top 30 goalscorers in the Premier League.

NEXT QUIZ: Can you name Man City’s XI from Vincent Kompany’s debut in 2008?