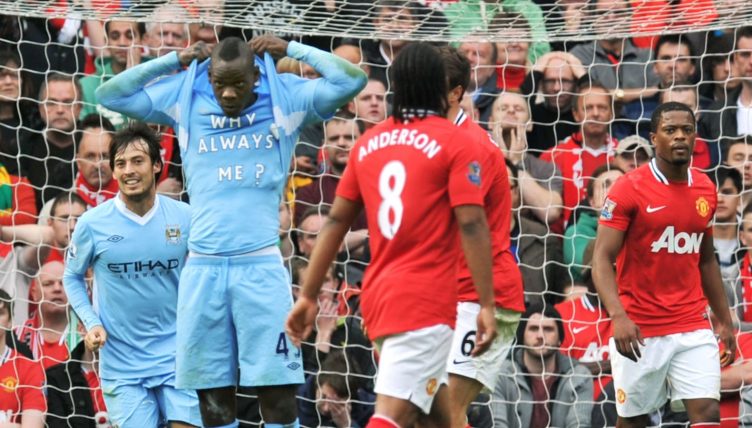 On 23 October, 2011, Manchester City produced one of the greatest displays in the club’s history to beat old rivals Manchester United 6-1 away at Old Trafford. How well do you remember that iconic side?

At that point, City were very much still seen as the ‘noisy neighbours’, while United were reigning Premier League champions. But City pulled out a huge statement win, giving them some real momentum in the season in which they’d go on to claim their first English league title since 1968.

Along with the final day win over QPR, the Manchester Derby battering of United at Old Trafford is one of the iconic games of that campaign and will live long in the memory for City fans.

One figure, with his ‘Why Always Me?’ shirt unveiling celebration, dominated the headlines but it was a fantastic team performance from front to back.

In 2015, Roberto Mancini said: “United had dominated for decades in Manchester and we changed history. The 6-1 at Old Trafford remains an indelible memory.”

We’re asking you to name each member of Mancini’s starting XI that famous afternoon in Trafford and we’re expecting really quick times from City fans in particular. The time to beat from the Planet Football office is 01:05.

If this makes you want to give another quiz a go, then have a go at naming Manchester City’s top 30 Premier League goalscorers.