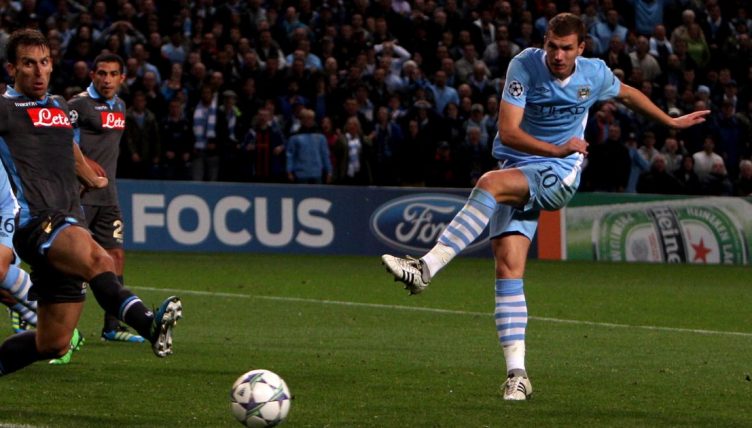 In 2011-12, Manchester City played in the Champions League for the first time since the competition was rebranded from the European Cup – and their first game was against Napoli and ended in a 1-1 draw.

The game against Walter Mazzarri’s Neapolitans came on September 14, 2011, at the Etihad Stadium and Edinson Cavani gave Napoli the lead before a goal from City’s left-back drew them level.

The campaign would ultimately end badly for City as they finished third in the group and dropped into the Europa League – but how well do you remember the first of the six group games?

We want you to name Roberto Mancini’s starting XI from that draw with Napoli.

And if this give you a taste for another quiz, why not try naming City’s first Premier League XI under Pep Guardiola?

You’ll need to sign up to Starting 11 below to play the quiz and completing it will also put you on our weekly Starting 11 leaderboard. You can access the leaderboard via the dropdown menu on the quiz below. The time from the office to beat is 01:10.